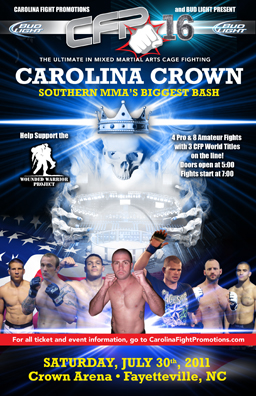 The main event consists of Brandon Garner vs. Matt Horning at 135lbs for the CFP Title.  It should be noted that Garner has been named as a fighter being featured on The Ultimate Fighter 8.  Another CFP title will also be on the line with Nissen Osterneck vs. Aitor Canup at 185lbs.  The remainder of the card rounds out like this: