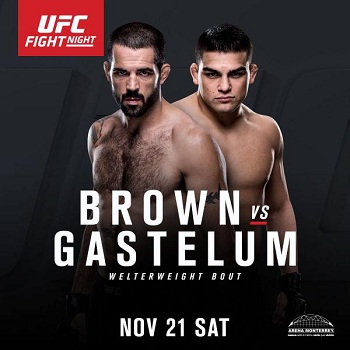 UFC officials have announced that a welterweight scrap between TUF winner Kelvin Gastelum and former TUF contestant Matt Brown will headline the UFC Fight Night event in Monterrey, Mexico. The event will take place on November 21 and will air on FOX Sports 1. Another fight has also been announced for the card as TUF … Read more