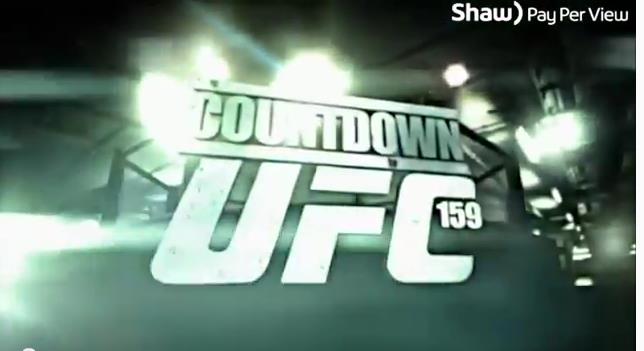 The Countdown to UFC 159: Jones vs. Sonnen full episode can be viewed below. The show details some behind the scenes stuff with UFC light heavyweight champion Jon Jones as he prepares to defend his title against challenger Chael Sonnen on Saturday, April 27, at the Prudential Center in Newark, New Jersey. Also, middleweights Michael Bisping and Alan Belcher will collide in the co-main event in a grudge match between the two fighters. Belcher has been asking for a top 10 middleweight for years to test himself against with Bisping being a target as of late