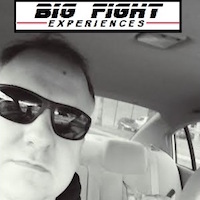 My last guy to fight was Jonathon Martinez at Combate Americas and I have to say it was a little difficult to figure when I could watch Jonathon’s fight. I was searching the web, and was trying to confirm if he was going to be on UFC Fight Pass, on NBC Universo, or both. Lets just say … Read more

MMA fans worried that they would not be able to watch UFC on SPIKE TV in 2009 can rest easy.

Media giants, Viacom and Time Warner struck a deal agreeing on compensation that would allow SPIKE TV, Nickelodeon, MTV and 16 other channels to stay on Viacom programming.

Viacom originally wanted an additional $39 million on top of the $300 million Time Warner already pays. In order for Time Warner to acquire the $39 million it would be forced to charge subscribers an extra $2.76 annually.

19 million cable viewers in NY and LA are close to losing some of their favorite cable channels, including SpikeTV, which broadcasts UFC’s The Ultimate Fighter, UFC Unleashed, UFC Countdown, and UFC Fight Night.

Viacom claims it has been trying to negotiate a “fair” renewal of its prized cable channels for months and months, but reputedly Time Warner Cable has been unresponsive and “unreasonable” so talks have stalled. The nation’s 2nd largest cable system operator, in turn, claims Viacom is asking for “exorbitant” increases in carriage fees which would have to be passed along to the customer. So now this fight between the two Big Media giants will hurt cable viewers.