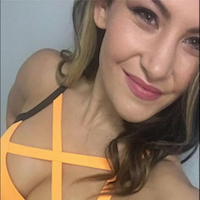 Former UFC women’s bantamweight champ Miesha Tate retired after her last fight against Raquel Pennington in November. “Cupcake” then had nose surgery but was seen back on TV and in a broadcasting role for UFC 208 last weekend and was all healed up. Miesha posted the following photo on her Facebook page on Wednesday saying she was doing … Read more