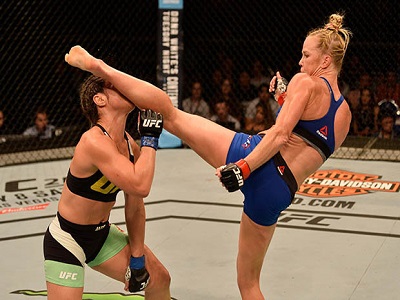 This is where we are at folks. When you get this kind of recognition we have a problem. Former UFC women’s bantamweight champion Holly Holm may have outdone herself this time. Shiny headed picogram connoisseur Jeff Novitzky shared this post awarding her the honors for the athlete with the cleanest pee in UFC drug testing … Read more

UFC hall of famer Ken Shamrock has tested positive for norandrosterone, noretiocholanolone and stanozolol, according to the California State Athletic Commission. The results are from a pre-fight drug test administered prior to his February 13th War Gods fight with Ross Clifton.

The failed drug test results in a year long suspension which will run nationwide until February 1st, 2010. The 45 year-old Shamrock, who was slated to face former pro wrestler Bobby Lashley on March 21st, will have a chance to appeal the decision.