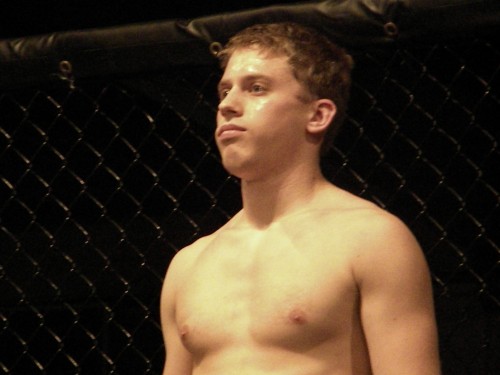 The following photos are from the “Gameness Fighting Championship VI” preliminary card, which took place at the Tennessee State Fairgrounds in Nashviille, Tenn., on Saturday, Feb. 20, 2010. Main card photos will be published on Sunday. The official results of the event can be found here: “GFC 6” fight results.

Gameness Fighting Championships was back in action again on Saturday February 20th, with “GFC VI″ at the Tennessee Sports Arena in Nashville, Tenn. Pro MMA Now (prommanow.com) was cage side for a full night of MMA including a Tennessee record 20 bout fight card, including 13 amateur and 7 professional fights, featuring UFC veteran Josh … Read more


Nashville MMA owner Ed Clay has turned the camera on for us as heavyweight up-and-comer Dave “Pee Wee” Herman, Dustin Ortiz, and himself travel to San Diego to hook up with fellow Team Lloyd Irvin fighter Brandon Vera at his Alliance Training Center.

With Ortiz fighting at Gameness on Nov. 6 in Nashville, Herman fighting on Nov. 7 at Sengoku in Japan, and Vera fighting Randy Couture on Nov. 14 in England, this is one busy team of fighters! Ed has promised to film the whole thing (at least three video blogs a week), so be sure to check back to see how the guys are getting along in their training. Then watch their fights and see how they do!

Video blogs two and three after the jump…