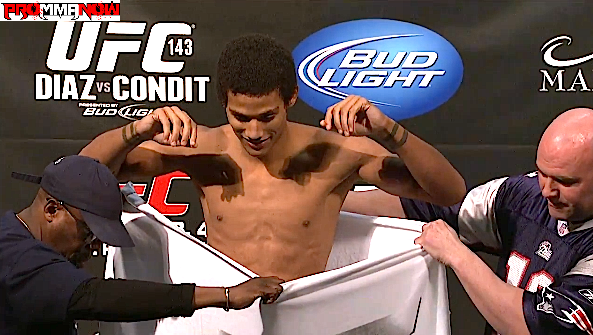 The UFC has confirmed today that both Alex Caceres and Riki Fukuda failed drug tests following UFC on Fuel TV 8.

The 24 year old TUF veteran Caceres has received a six month suspension after testing positive for marijuana metabolites. ‘Bruce Leeroy’ recorded a split decision victory over Kyung Ho Kang at the March 3rd event; however, that result will now be re-classified as a no contest in light of Caceres’ positive test.