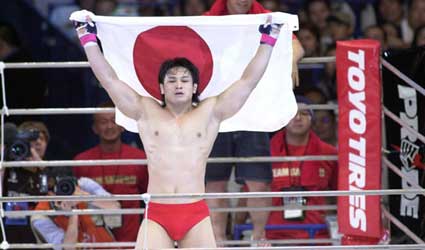 The event features the conclusion of the DREAM Featherweight Grand Prix, a highly anticipated DREAM Lightweight title bout and the semi-finals of the Super Hulk tournament.

Gegard Mousasi (25-2-1) is coming off a big win (no pun intended) over Mark Hunt at the DREAM.9 “Super Hulk Tournament” back in May. Mousasi, who is considered by many to be one of the top ten middleweights in the world, is on a 12-fight win streak.

On Aug. 1, 2009, Mousasi will make his U.S. fighting debut as he takes on Renato “Babalu” Sobral at “Affliction: Trilogy” at the Honda Center in Anaheim, Calif. Mousasi, now training in Holland, spoke with MMAJunkie Radio on Monday about his fight with Hunt, the continuation of the “Super Hulk Tournament,” and his upcoming fight with Babalu.