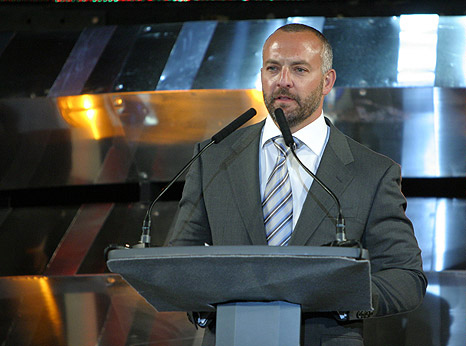 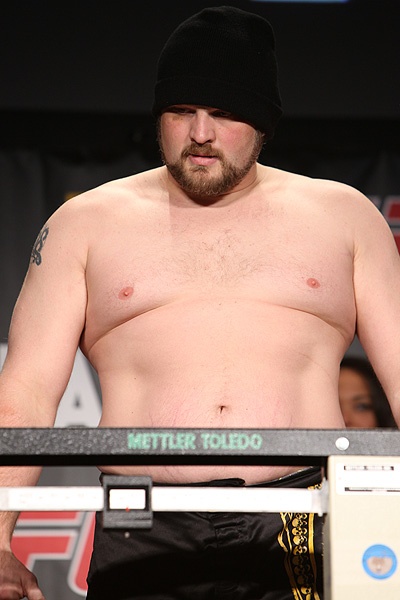 Steve Cofield talks to Roy Nelson following “UFC Fight Night 21″… and no, he doesn’t call him a “short fat guy” to his face, but inevitably the subject of Roy’s weight and physique has to come up. Nelson thinks Struve is going to be a beast once he grows into his body. He also thinks … Read more

Dana White discusses the Brock Lesnar situation, his condition, and refuses to entertain the possibility of an interim title until they find out what is wrong with him. Something other UFC heavyweights may be a bit concerned about is the doctor saying Brock has only been functioning at 60% of his potential for over one … Read more

Here is Kim Couture talking about her divorce from former UFC Heavyweight and Light Heavyweight Champion Randy “The Natural” Couture. At first Kim was going to keep training at Xtreme Couture in Vegas but has decided to move to the new Tapout Training Center. She said “everybody’s got their breaking point” and some information came … Read more

Former UFC Heavyweight and Light Heavyweight Champion Randy Couture recently spent close to three months in Brazil and New Orleans, La. filming for his role in an upcoming Hollywood movie entitled “The Expendables.” The film was written and directed by Sylvester Stallone.

The plot revolves around a team of six mercenaries known as “The Expendables” who head to South America to overthrow a dictator. Each member of the team has their own specialty. Couture’s character, known as “Toll Road” specializes in hand-to-hand combat.

In the following videos ESPN Radio 1100 talks with Rashad Evans about his loss to Lyoto Machida and why he jumped right back into the game as a coach on TUF 10. Rampage talks about his dislike for Evans and the mental test he is facing being around him while taping TUF 10. Carmichael Dave talks with Dana White about how Kimbo Slice came to be a contestant on TUF 10 and gives the details on whether or not he received any “special” contract. Finally, Phil Baroni talks about his upcoming fight with Joe Riggs.

Rashad Evans on losing to Machida

Rest of the videos after the jump…

Cofield speaks to Lyoto “the Dragon” Machida about the benefits and taste of urine therapy. Machida also talks about his upcoming fight with Rashad Evans, working with Satoshi Ishii, fighting against Brazilians, and more.

Mark Coleman interview after the jump…

Steve Cofield as usual, delivers another great interview, this time with former UFC Welterweight Champion Matt Hughes just three days prior to his UFC 98 fight with Matt Serra. Hughes is in his hotel room in Vegas getting some rest before Friday’s weigh-ins. Reports had been coming out that Hughes has bulked up for this fight and you can tell. Serra will be dealing with a bull on Saturday.

Interview with Rashad Evans after the jump…

One of Strikeforce’s newest fighters, Kevin “The Monster” Randleman shares his perspective with Steve Cofield about Japan, PRIDE, getting back in the ring, training in Vegas, Randy Couture, Mike Whitehead, Quinton Jackson, and much more. Randleman will face Mike Whitehead in the cage on June 6 in St. Louis as part of Strikeforce’s “Lawler vs. … Read more

In part 1 of this 2-part interview, our buddy Steve Cofield talked with the former UFC Light Heavyweight Champion Forrest Griffin about his upcoming fight with Anderson Silva, road rage, valium, stress, and more.

Part 2 after the jump…