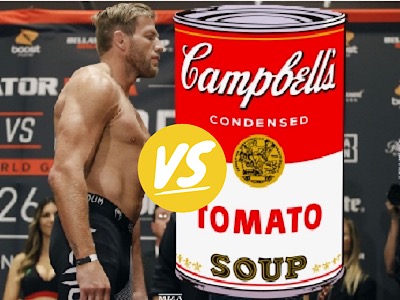 I’m going to hell for that cover image. Former WWE champ turned Bellator MMA fighter Jake Hager is 2-0 since his transition from the squared circle to the cage. His opponents so far have been subpar to say the least. Don’t believe us? Read on. Both fighters don’t have Wikipedia entries and records that were … Read more