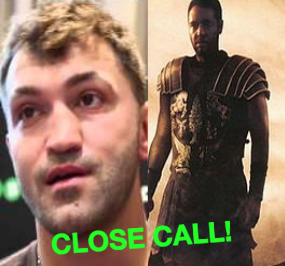 Did you know former UFC heavyweight champion Andrei Arlovski was a big fan of the movie Gladiator and its star Russell Crowe? He was at least until he had a run-in with the Academy Award Winner at De La Hoya-Pacquiao. According to Arlovski, he asked for a photo with Crowe and this somehow led to a … Read more