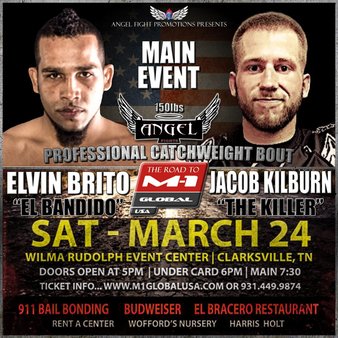 CLARKSVILLE, Tenn. — Clarksville’s Jacob “The Killer” Kilburn (4-1) will face former Island Fights and Maxx FC lightweight champ Elvin Leon Brito (9-5) out of Florida in Angel Fight Promotions’ “The Road to M-1 Global” main event on Saturday, March 24 at the Wilma Rudolph Event Center. They will be part of four-man tournament that will ultimately result in the winner being able to display their talents on the international stage. … Read more