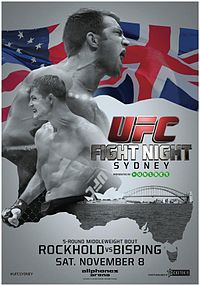 UFC officials have announced that the upcoming UFC Fight Night 55 fight card is now complete with 12 fights. The event will take place on November 8(will air on November 7) at the AllPhones Arena in Sydney, Australia, and will be headlined by the middleweight grudge match between Luke Rockhold and Michael Bisping. The co-main … Read more

The UFC has revealed the 16 Australian and British mixed martial arts fighters who will represent their countries on “The Ultimate Fighter: Australia vs. UK – The Smashes”.