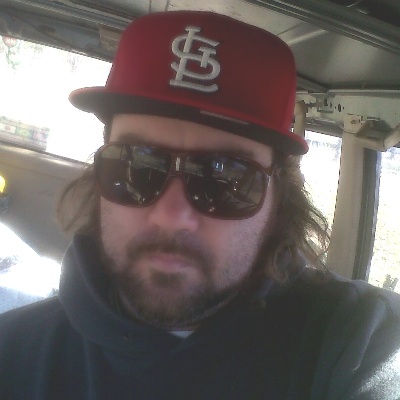 MMA fighter James Brasfield is a true warrior. He has served hard time and fought for promotions like Kentucky’s premier MMA venue Hardrock MMA. He’s the type of guy who will give you the shirt off his back and have your back in battles against insurmountable odds.

Imagine getting an interview with “Lightning” Lee Murray that was done via text message from a phone he smuggled into his Moroccan prison cell. Now come and read it.

War Machine (Jon Koppenhaver) writes blog number three from jail. In this episode of “Fighters Behind Bars,” our star learns how to fish and make jail moonshine. He also befriends a Muslim gangster who’s in jail for murder.

It looks like former UFC fighter and Ultimate Fighter contestant War Machine could do hard time following a barroom brawl incident that took place back in March. Unfortunately for War Machine the whole thing was caught on video and now you can see it too!

With the recent developments regarding “Lightning” Lee Murray, it seems appropriate to post this video of ESPN’s E:60 piece on him last year that gets pretty deep into who Murray is and the details surrounding what has been called “the biggest cash money heist in history.” They talk with some of Murray’s friends as well as Pat Miletich who he trained with and who he wrote to while in prison. Also discussed is his brief time in the UFC, his legendary street fight with Tito Ortiz, and the reason he fought in the UFC only one time.

Just two short years ago 30-year-old Lyle Beerbohm (9-0) was sitting in a Walla Walla State Prison cell.  On June 19, 2009, Beerbohm, now a successful professional mixed martial artist will be fighting in front of millions of people on Showtime as he takes on Duane “Bang” Ludwig (18-8) at the Strikeforce Challengers event in Kent, Washington.

Beerbohm is proof people can change. The story goes that while serving an 18-month prison sentence, he saw an episode of The Ultimate Fighter on Spike TV, “When I was sitting in prison and watching The Ultimate Fighter show I was like ‘Are you serious? Those guys are on TV, making money?’ I knew I could take those guys so, right then and there, I made up my mind and haven’t looked back since.”

UFC lightweight, Josh “The Dentist” Neer rang in the new year by celebrating in a Polk County jail cell. Neer was arrested early this morning in Des Moines, Iowa on charges of operating a vehicle while Intoxicated, eluding police, hit and run and other traffic violations.

The incident began after Neer allegedly rear ended a car stopped at a red light. The car, after being hit by Neer, struck a police car that had been stopped ahead of it. The Miletich product then drove out into on coming traffic and the chase was on from there.

Enson Inoue has been out on bail since November 14th after spending nearly a month in Japanese prison for marijuana possession.

After his release, Inoue spoke of being a changed man and felt that it gave him a new perspective on life. For Inoue, the original twenty-six days in prison could be a cake walk compared to what he may be facing.

The 41-year-old PRIDE and Shooto veteran’s marijuana possession trial began on December 17th. During questioning, Inoue testified he has been using marijuana two or three times a week for about two or three years.