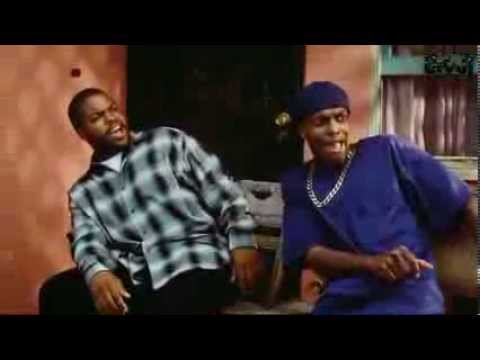 Joe Rogan said that if the fight had been in Las Vegas, the doctor would not have stopped the fight between Uriah Hall and Ron Stallings. Stallings stepped up on super short notice to fight one of the most dangerous men in the business. Hall was known for epic beatdowns during his stint on The … Read more 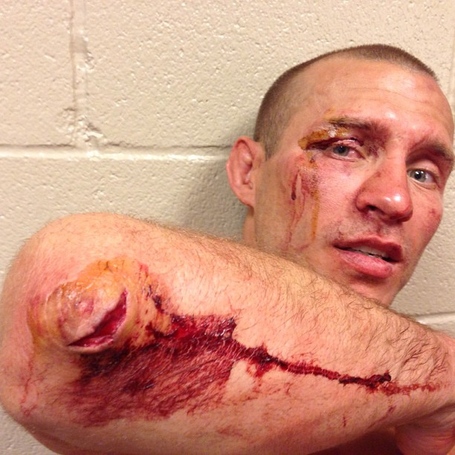 UFC lightweight Donald Cerrone is no stranger to doing extreme things in life while also putting on exciting fights inside the octagon. He defeated Strikeforce import KJ Noons via unanimous decision on Saturday night, using a good mixture of strikes and elbows on the ground to do the most damage. Cerrone tweeted a picture of his elbow after the fight to show off some battle scars 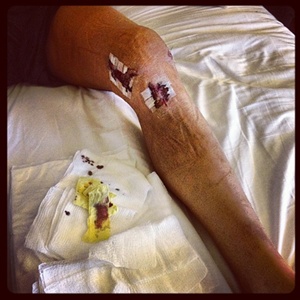 Many of you will be aware that current UFC bantamweight champion Dominick Cruz was forced to withdraw from his planned matchup against Urijah Faber due to a knee injury sustained during training. Today Cruz posted this picture of his knee. In just seven fights Brock Lesnar won the UFC heavyweight title, defended it twice successfully, then lost it to Cain Velasquez this past Saturday night at UFC 121.

Miguel Torres had a fight with Joseph Benavidez at WEC 47 this past weekend. It was one hell of a battle. Unfortunately for the former bantamweight champion, he was submitted via guillotine choke in the second round. He also walked away with this beauty. Torres said afterward via Twitter that he needed 20 stitches, he … Read more

This has to be the worst picture in MMA history. Holy f*cking sh*t!!!! Corey was fighting Dale Hartt at UFC Fight Night 16: Fight for the Troops and as he threw a leg kick, Hartt checked the kick and Corey’s skinny shin’s made contact with Hartt’s thicker shin and something had to give. Maybe this … Read more