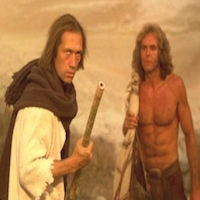 Why do people fight at a fundamental level? They are unhappy with a situation and want to do something about it. Professional fighters generally like to face problems head on and are even willing to get in a cage to prove their mettle against another trained athlete. Fighters train because they are not satisfied with … Read more 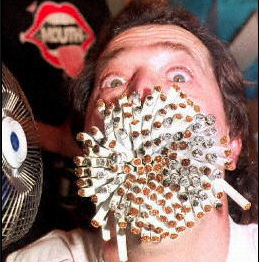 From parkourer to skateboarder to juggler to martial artist, this man has skills your 45-year-old beer drinkin football watchin pot-belly neighbor only dreamed of. Actually he probably never even dreamt of these things because he was too consumed with football and Americana. I knew a wise man who once said, “Never stop playing.” That was … Read more

Bruce Lee co-wrote the “The Silent Flute” but passed away before its completion. Years later, the script was finished, David Carradine was cast in the role meant for Lee and it was renamed “Circle of Iron”.

UFC Middleweight Champion Anderson “The Spider” Silva talks about living by the martial arts philosophy in this new video from the Ultimate Fighting Championship. “The Spider” speaks on improving one’s self daily, not only in fighting, but in life.

It is a new year for all, around the globe, but nothing other than the calendar’s last two digits has changed. Every community around the globe is in a fight for independence. The battle is greater for some, but real for all.

If you have never heard Joe Rogan discuss the nature of reality you are in for a real treat here. If you have heard him talk about philosophy and reality then you already know how intelligent the UFC color commentator is. Some people may hear the things Rogan talks about and it means absolutely nothing, … Read more

Following UFC 98 this past Saturday night, UFC President Dana White said, “This could be the Lyoto Machida era;” meaning the newly-crowned light heavyweight champion may hold the title for a considerable amount of time.

We here at PRO MMA (promma.info) were touting the praises of Machida’s style a year ago. This was after he dominated Tito Ortiz and so-called “experts” had the nerve to compare Machida’s style of fighting to Kalib Starnes running from Nate Quarry.

For the most part it seems as though his way of fighting has been misunderstood by a large portion of MMA fans because he does not simply stand in front of opponents like a “Bonnar vs. Griffin 1” and slug it out to see who is left on on their feet. Machida’s fighting strategy is practically the diametrical opposite of someone like Wanderlei Silva.