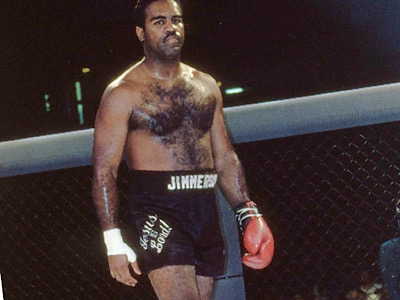 UFC 1 was the first MMA show I had ever seen and I watched it on the relatively new PPV format. Unedited, Uncensored, Unleashed! That was the tag line. I had taken martial arts since 1977 (5 years old) and I just knew karate would crush all but as we saw I was dead wrong. … Read more

All three will be in action July 31 on American Steel Cagefighting’s (ASC) inaugural show at the Icenter in Salem, New Hampshire. Lamotte (10-4-0) headlines against dangerous Doug “Flash” Gordon (9-7-0) in the main event, while Schieding (3-1-0) meets Carlos Nieves (3-6-0), and McQuaid will make his pro debut against Brian DeMuro (4-6-0).

UFC pioneer Patrick Smith was there at the beginning and 16 years later the ageless wonder is still going strong as he prepares to fight another UFC veteran, super heavyweight Kevin “The Shamnan” Jordan (11-8-0), in the Super Fight on American Steel Cagefighting’s (ASC) first professional mixed martial arts show, July 31 at the Icenter in Salem, New Hampshire.

Smith (16-13-0), now fighting out of Milburn, Oklahoma, lost a tough fight to Ken Shamrock in UFC 1. He came back strong in UFC 2, winning three fights in a row, before eventually losing in the championship match to legendary Royce Gracie. Patrick’s most notable wins have been against Rudyard Moncayo in UFC 6 and last year versus Eric “Butterbean” Esch.