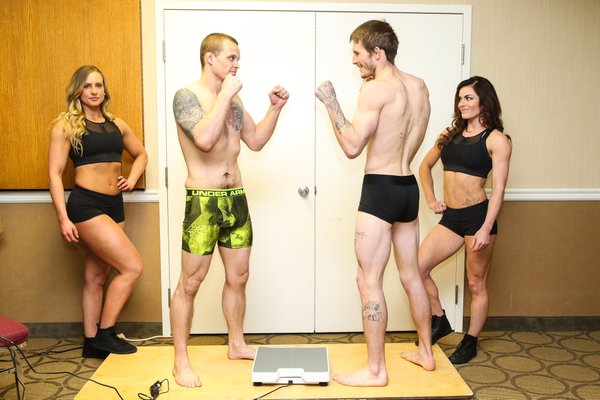 Weigh-ins are complete for Prestige FC 2: Queen City Coronation in Regina, Saskatchewan and headliners Kurt “The Hurt” Southern and Nick “Nyquil” Rhoads are on point for their 145-pound title match. Southern weighed-in at exactly 145 pounds, while Rhoads was 144.8 pounds. Co-headliner Charmaine “Not So Sweet” Tweet missed weight by just .4 pounds and that will … Read more 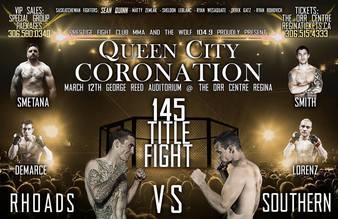 Prestige FC 2: Queen City Coronation will be headlined with two featherweight pro mixed martial arts title fights, one in the women’s 145-pound division and one in the men’s 145-pound division. The event will be held on Saturday, March 12 at The Orr Centre in Regina, Saskatchewan. Hometown favorite Charmaine “Not So Sweet” Tweet (7-5) will compete against … Read more