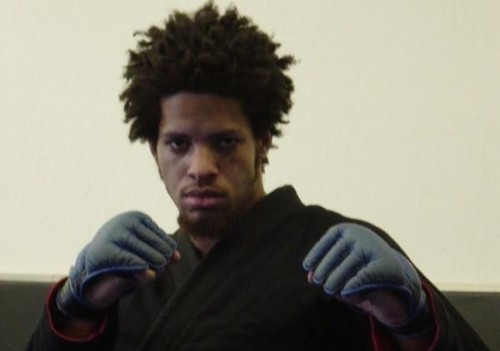 Dark tunnels, welfare card and what the hell is this guy wearing. Matt Major (6-4) is a Bellator veteran who fought Brett Cooper and took Alexander Schlemenko to a decision. He’s fell on hard times as he’s recently been homeless but despite that he gives an interesting interview. Here is one of those interviews that … Read more

Yesterday we took a look at the Anderson Silva documentary “Like Water”, today we will be reviewing “Such Great Heights”, an MMA documentary about UFC fighter Jon Fitch during his training camp for his title fight against UFC welterweight champion Georges St-Pierre at UFC 87. The film takes a look at the inner-workings of American Kickboxing Academy as Fitch trains for the biggest fight of his career.

Bellator Fighting Championships returns this week with Bellator 29 at the Rave-Eagles Ballroom in Milwaukee, Wis. The event will actually mark the very first sanctioned MMA card in the state of Wisconsin.

KANSAS CITY, Mo. – The 16 fighters participating in Thursday’s Bellator 16 event at the Kansas City Power & Light District weighed in this evening. All fighters made weight with the exception of Rudy Bears who was 2 lbs. over the welterweight non-title fight limit of 171 lbs. Bellator 16 will air live on Thursday … Read more

CHICAGO, Ill. (February 9, 2010) – Matt Major, the colorful and sometimes-controversial mixed martial artist known for his appearance on the TapouT reality show and his upset victory over UFC veteran Shonie Carter, has signed on to compete in Bellator Fighting Championships’ upcoming Season 2 middleweight tournament. The 26-year-old Major—who moonlights as a fashion designer—boasts … Read more

“Call To Arms 1” took place Saturday night May 16th at the Citizen’s Business Bank Arena in Los Angeles, California. In the main event, Affliction, UFC, and IFL veteran Vladamir “The Janitor” Matyushenko won a unanimous decision over Jason “The Punisher” Lambert in a light heavyweight showdown in Lambert’s first fight since being released from the UFC late last year.

Matyushenko controlled the majority of the action until the third round when Lambert scored a takedown and began scoring with significant ground and pound. For a moment it looked as though Lambert may get the TKO until Matyushenko reversed and then scored one final takedown himself to secure the decision.