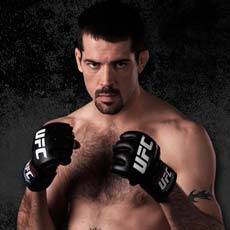 A new fight has been added to the UFC on FX 4 card, Matt “The Immortal” Brown (14-11) will take on Luis Ramos (19-7) welterweight bout in June. The fight was announced by Matt Brown today on his Facebook and Twitter pages, originally various reports suggested that Ramos would be facing Matt Riddle at the event but he was unable to take the fight due to reasons unknown at this stage.

Carlo Prater talks about his upcoming fight at UFC 142, what it’s like making his debut with the organization in his home country and what he has done to prepare for the dangerous Erick Silva.

A welterweight match-up between TUF 7 veteran Matt Riddle and former Shooto champion Luis “Beicao” Ramos has been added to UFC 141 on Dec. 30 in Las Vegas.

After Mike Swick was forced to pull out of his scheduled fight at UFC 134, the UFC has reportedly tabbed Luis Ramos to face fellow Brazilian prospect Erick Silva.