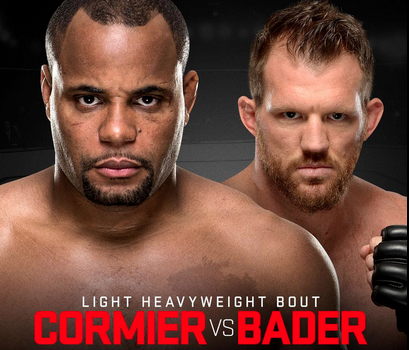 Daniel Cormier (15-1) will meet fellow top-ranked light heavyweight Ryan Bader (19-4) in the UFC Fight Night 68 main event on June 6th in New Orleans. The promotion officially announced the bout Wednesday evening. It will be the UFC’s first visit to New Orleans since 2011, as Cormier, a Louisiana native, makes his return to the … Read more

CHICAGO, Ill. (August 31, 2011) — When Bellator kicks off its Season 5 Heavyweight Tournament, the eight man field will bring a dominating 73-15-2 record into the cage that includes 41 combined knockouts. The eight heavyweights are set to square off at Bellator 52 as the promotion will determine who will earn a title shot … Read more

CHICAGO, Ill. (February 14, 2011) — Bellator Fighting Championships today announced the venue location for Bellator 36 which will take place at the historic Shreveport Municipal Auditorium in Shreveport, LA on March 12, 2011.  The event will be broadcast LIVE on MTV2. The Season 4 event will feature the soon-to-be announced Bellator Lightweight Tournament quarterfinal … Read more

Even the MMA analysts who saw Joe Warren’s star potential did not think he would be this impressive this early on. In the wee hours of Tuesday morning, here in the States, the self-proclaimed “Baddest Man on the Planet” defeated perennial pound-for-pound fighter, Norifumi “Kid” Yamamoto. In only his second MMA fight, Warren relied mostly on his wrestling skill and took the fight by decision.

Wrestlers crossing over into MMA is almost as old as the sport itself. The accomplishments of these wrestlers are so well documented, that there is no need to go through them once again. Now, it seems as if any person who won more wrestling matches than they lost is considered to be world-class.