Switzerland was the lucky host of Ronda Rousey’s first WWE live appearance. It was her first non-televised match and marked the true beginning of her WWE run. Someone captured it on video and we have it for you via PWU. Check it out. 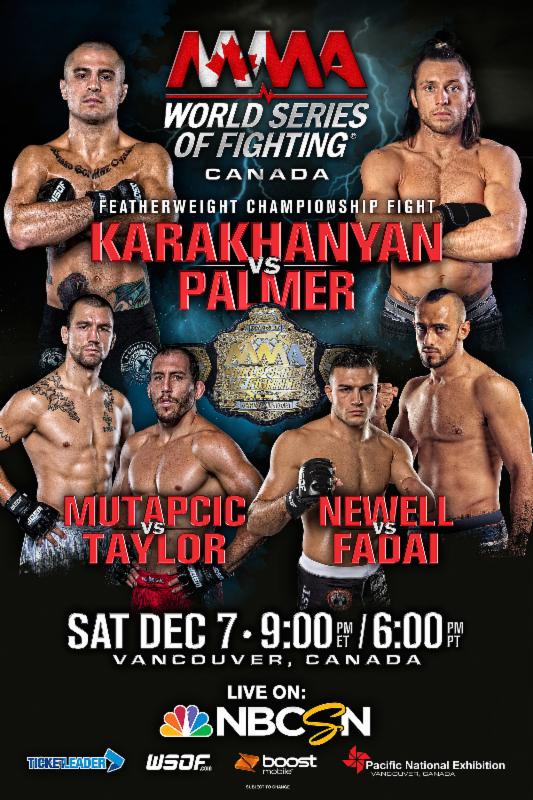 The night is about to start off for Ray Sefo and his World Series of Fighting as they bring us WSOF 7 from Vancouver and you can watch it all right here. Watch the event here LIVE! The prelim fights start at 6 p.m. ET leading up to the four fight main card beginning at … Read more

Last night, Pro MMA Now reporter Brian Furby and co-host of The Cageside Beat, Mike Menninger, were on hand to cover the first amateur MMA event ever hosted by the Arnold Sports Festival. The card featured sixteen fights, three of which were title fights. Some MMA celebrities were on hand to witness the action including … Read more

PRO MMA’s (promma.info) Matt De La Rosa was on hand for this past weekend’s Cage Combat Fighting Championship-11 ‘Rush‘ at Kezar Pavilion to take in some MMA action in a cold and damp summer evening in San Francisco, California. The evening boasted two title fights, one female attraction and teased the headlining Middleweight title bout for CCFC’s next card in October.

The evening started off with Bantamweight action between Matt Sanchez and Scott Weems. Sanchez stuffed an early take down attempt by Weems up against the cage and successfully maneuvered the fight down to the ground in a dominant top position. After peppering Weem’s head with shots from behind, Sanchez positioned himself for an Anaconda attempt. Sanchez than switched from the Anaconda to a beautiful Guillotine and locked in the submission at the 1:12 mark of the first round.

PRO MMA’s (promma.info) Matt De La Rosa is live on scene providing up to date commentary for this evening’s Strikeforce Challengers card at the SaveMart Center in Fresno, California. The main event is headlined by lightweights Billy Evangelista and Mike Aina, with a co-feature between Miesha Tate and Sarah Kaufman. Stay tuned to PRO MMA for the latest on what is going on at the SaveMart Center.

Main Card
(LW) Billy Evangelista vs. Mike Aina
Rd. 1 – Evangelista and Aina both land a few kicks and jabs that excite the crowd. After a few slow moments Evangelista shoots in for a single leg and drives the Hawaiian up against the fence and lands some knees. Aina pushes off and lands a few shots of his own before Evangelista comes in and puts Aina up against the fence for a second time. The round ends with the two men trading standing elbows and an inadvertent low blow to Aina that does minimal damage.

by:  TheMadOne One night, 3 titles.  Airing live on VERSUS on August 3rd, The WEC will be back following their last record breaking show, with a Championship tripleheader on Versus featuring Welterweight Champion, Carlos “The Natural Born Killer” Condit, Light Heavyweight Champion, Brian Stann, and Lightweight Champion, Jamie Varner.  Stann and Varner will be defending … Read more