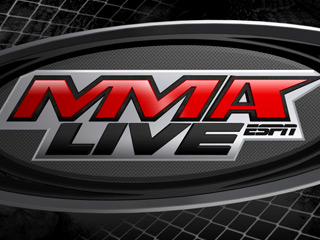 MMA Live recaps UFC 109. Randy Couture emerges from the battle of Hall of Famers and Chael Sonnen becomes the No. 1 middleweight contender. Also, the UFC 110 preview gets underway, as the MMA leader readies for its first show in Australia. MMA Live’s Molly Querin speaks to John Renken, an MMA coach who was … Read more

CAGED CHAOS brought their live MMA show to Clarksville, Tennessee for the first time on Sunday, March 15, 2009 at Kickers night club. With about 500 people in attendance, the promoter was pleased with the success of the show and plans to return to Clarksville for another event in April. Stay tuned to PRO MMA (promma.info) for that announcement.

On Sunday March 15, 2009 live mixed martial arts action comes to Clarksville, Tennessee at Kickers night club. Doors open at 4pm CST and fights start at 5pm CST. Clarksville is about forty minutes north of Nashville. This will be Clarksville’s first official MMA event since the sport was sanctioned in Tennessee in 2008.  Local … Read more