Eddie Bravo has apparently quit his behind-the-scenes role with the UFC after his desire to corner George Sotiropoulos at UFC 116 was deemed a conflict of interest.

If you have never heard Joe Rogan discuss the nature of reality you are in for a real treat here. If you have heard him talk about philosophy and reality then you already know how intelligent the UFC color commentator is. Some people may hear the things Rogan talks about and it means absolutely nothing, … Read more

Australian combat sports commentator Michael “The Voice” Schiavello sits down with MMA’s most famous color commentator, the UFC’s Joe Rogan. This is one of the most in-depth looks at the comedian/commentator/BJJ Brown Belt/Tae Kwon Do Black Belt/philosopher that has ever been produced. And it’s definitely the most interesting. Schiavello is known for commentating such Japanese … Read more

ABU DHABI – It was not a dominating victory for Frankie Edgar, although the judges gave him the unanimous decision over B.J. Penn at UFC 112 Saturday night in Abu Dhabi. However, the New Jersey lightweight used his speed and footwork to get in and out, and out-point Penn, ultimately taking the title away from the … Read more 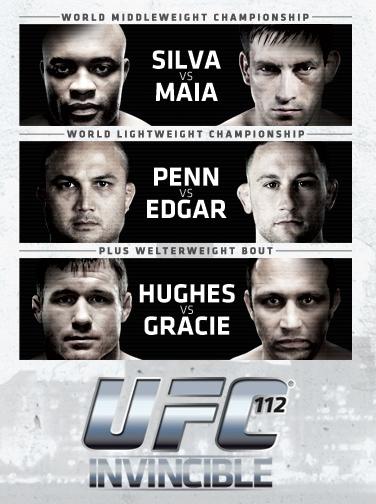 Forrest Griffin edged out a split decision victory over Tito Ortiz Saturday night in the UFC 106 main event which took place at the Mandalay Bay Events Center in Las Vegas, Nev. Ortiz used his wrestling to get Griffin to the ground early in the bout, but Griffin defended well from the bottom for the most part, and by the third round, Tito was having much more trouble with his takedowns.

Griffin picked “The Huntington Beach Bad Boy” apart with superior striking but the third round was the most devastating. In the third, Ortiz barely mounted any offense at all, and basically became a strike test dummy for the winner of The Ultimate Fighter season one.

Ortiz and Griffin met inside the Octagon for the first time at UFC 59 in 2006. It was in that fight that Ortiz handed Griffin his very first UFC loss. That fight also finished via split decision. Following  tonight’s bout, Ortiz said they had now both won one fight each, and they needed to do it again for a tie-breaker. UFC color commentator Joe Rogan agreed with the sentiment.

This past Saturday night, Sept. 19, 2009, Frank Trigg made his first Octagon appearance in four years. Unfortunately for him, Josh Koscheck sent him to the canvas early with a big right hand, followed it up with more punches, and forced the referee to step in at 1:25 of the first round for the TKO. Trigg started off aggressive and was doing good. One small mistake was all it took.

Trigg was a guest on “It’s Time with Bruce Buffer” Tuesday to talk about what went wrong.

Frank Mir is an interesting bird; very cerebral. He did not like Joe Rogan bringing up the fact that Antonio Rodrigo Nogueira was not 100-percent coming into their fight. How dare he say the guy had staph and was in the hospital just days before the bout. Anyone who saw “Minotauro” fight Mir and then … Read more

If you have ever seen B.J. Penn fight then chances are you have heard Joe Rogan talk about how flexible the BJJ black belt is. In fact, one of Rogan’s classic lines about B.J. is that he is able to put his leg behind his head without using his hands. Well, finally after all these years … Read more