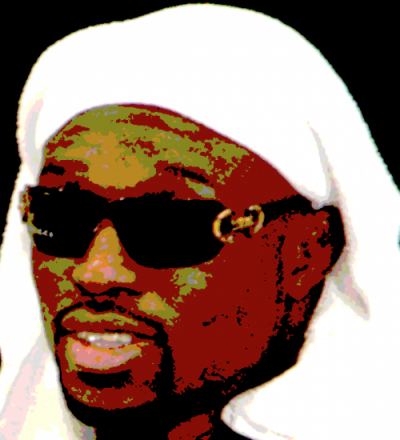 Bellator and Glory’s DYNAMITE 1 main card opened with a bang on Spike last weekend when Muhammed “King Mo” Lawal took on Linton Vassell in the light heavyweight tournament semifinals. Mo looked as though he was going to put Vassell away pretty quick, using that Jeff Mayweather-influenced boxing to rock Vassell and drop him multiple times … Read more 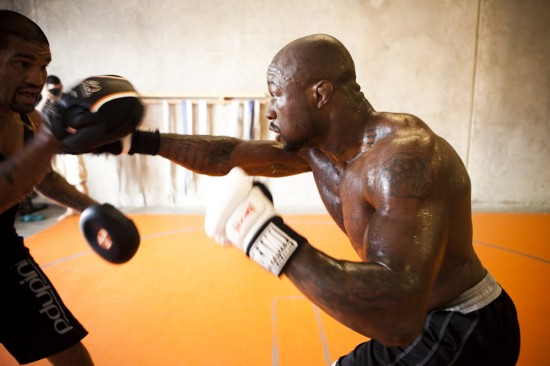 We heard from King Mo’s boxing coach Jeff Mayweather yesterday in an interview. Now we’ve got a quote from Mo about what happened from his perspective at Bellator 90 last week where he suffered a first round knockout loss to Emanuel Newton, and how he plans to deal with it and make adjustments moving forward. 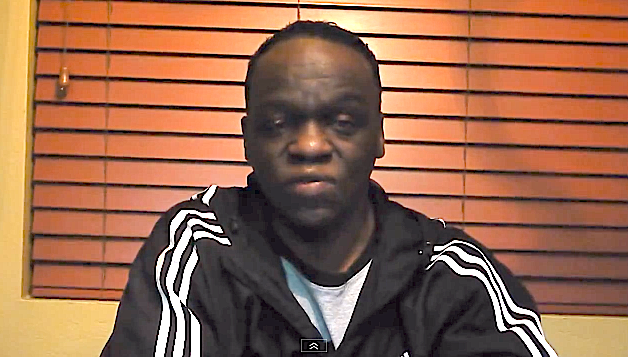 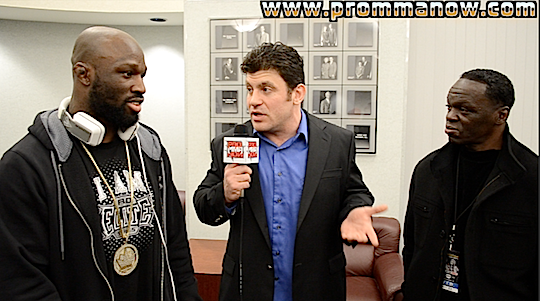 ProMMAnow.com’s Dan “The Wolfman” caught up King Mo Lawal and his boxing coach Jeff Mayweather last week at Bellator 85 in Irvine, Calif. Mo talked about his upcoming Bellator debut which takes place this Thursday on Spike TV. He also discussed his pro wrestling training for TNA Impact, which he calls “harder than MMA”, and he and his boxing coach Jeff Mayweather shared their opinion on the idea of a boxing match between Mo and Kimbo Slice, and fighting Rampage Jackson in the Bellator cage.