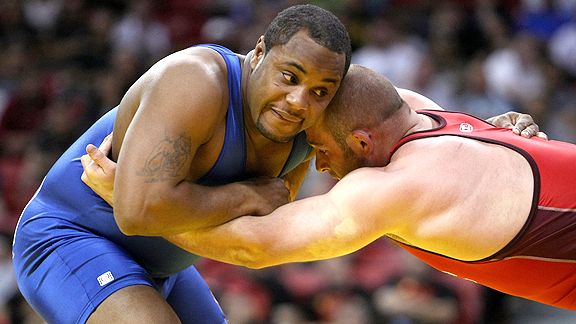 Multiple media sources have asserted that former Olympic wrestler Daniel Cormier’s next fight will come when Strikeforce visits Houston. The card will take place Aug. 21 at the Toyota Center in Houston, Texas.

Former UFC Heavyweight Champion Tim Sylvia made a successful return to the cage Friday night, Sept. 18, in Council Bluffs, Iowa as he defeated rising prospect Jason Riley with a first round TKO.

With three losses in a row, this was a must win fight for “The Maine-iac.” He said prior to the fight that if he could not defeat Riley there was no reason for him to keep competing.

For a time Sylvia considered branching out into professional boxing. However, after a very quick KO loss to elderly ex-boxing champ Ray Mercer, Sylvia realized that trying to start a boxing career at his age was not the smartest move.

UFC veterans Tim Sylvia and Houston Alexander return to action tonight at the Mid-America Center in Council Bluffs, Iowa as part of “Adrenaline MMA IV.” Tim “The Maine-iac” Sylvia (24-6) takes on Jason Riley (6-1) in the main event. This will be Sylvia’s first fight since his KO loss to pro boxer Ray Mercer.

In the main event of the evening former UFC heavyweight Champion Tim “The Maine-iac” Sylvia (24-6, with 16 (T)KOs & 2 SUBs) squares off with rising prospect Jason Riley (6-1 with 3 (T)KOs & 2 SUBs) in the heavyweight division. Sylvia, formerly regarded as one of the best fighters in the world is looking to resurrect his career after some devastating losses.

Two Tim Sylvia (24-6) articles in two days — what is the world coming to? It looks as though Sylvia is returning to MMA action, and no it is not with the UFC. Instead, the big guy will climb back into the cage against heavyweight Jason Riley (6-1) as part of Monte Cox’s Adrenaline promotion. Riley confirmed the bout via his Myspace account.

According to nwitimes.com “Adrenaline IV” will likely take place at the Mid America Center in Council Bluffs, Iowa on Sept. 18. Also expected to fight on the card are UFC veterans Houston Alexander and Jeremy Horn. Although Alexander is still under UFC contract, under special circumstances (like when a fighter has lost three fights in a row), the UFC will allow the fighter to take a fight or two outside the organization in order to get back on track.