Kanellis to make her HDNet debut on March 26 at 10:00 p.m. ET at “King of the Cage: Legacy” DALLAS (March 15, 2010) – Last week on HDNet’s Inside MMA, we broke the news that Maria Kanellis will become the newest member of the network’s MMA broadcast team. Kanellis was WWE’s 2009 “Diva of the Year,” … Read more 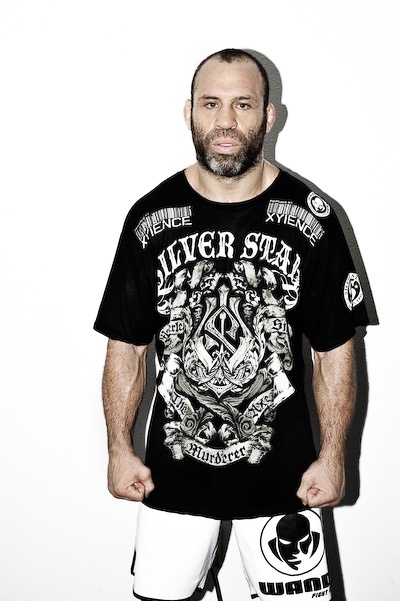 It is no secret Wanderlei Silva (32-10-1) needs a win Saturday night at UFC 110 against Michael Bisping. Silva is 4-6 in his last ten fights and has lost his last two. He has gone 1-3 in the UFC since returning to the organization in 2007. Although things haven’t gone his way lately inside the … Read more

HOFFMAN ESTATES, Ill. – ProMMA.info is live and on the scene from the Sears Centre Arena in Hoffman Estates, Ill., for tonight’s “Strikeforce: Fedor vs. Rogers” show.

The event airs live on CBS at 9 p.m. ET with the main event of Fedor Emelianenko vs. Brett Rogers and a bout between Jake Shields and Jason “Mayhem” Miller for the Strikeforce middleweight title.

Stay tuned to ProMMA.info for live, round-by-round coverage of tonight’s event that starts at 7 p.m. ET (4 p.m. PT) for the preliminary card and 9 p.m. ET for the televised main card.

(PRESS RELEASE) – The Mixed Martial Arts fighters who will appear on the CBS Television Network this Saturday, Nov. 7 (9 p.m. ET/PT) and executives for Strikeforce and M-1 Global participated in a jam-packed final press conference at CBS Channel 2 WBBM Thursday for “STRIKEFORCE: Fedor vs. Rogers” at the Sears Centre.

In the four bouts on the CBS broadcast, the legendary Fedor “The Last Emperor” Emelianenko (30-1, 1 NC), of Russia, will meet unbeaten, hard-hitting Brett Rogers (10-0) of St. Paul, Minn.; streaking, world-class Jake Shields (23-4-1), of San Francisco, who has won 12 in a row, will be opposed by colorful Jason “Mayhem” Miller (22-6), of Orange County, Calif., for the Strikeforce world middleweight belt, Strikeforce light heavyweight champion Gegard Mousasi (29-2-1), of the Netherlands, will put his 13-fight winning streak on the line against Rameau Thierry Sokoudjou (7-4) of Murrieta, Calif., in a non-title scrap; and Fabricio Werdum (12-4-1) of Marina Del Rey, Calif., and Antonio “Big Foot” Silva” (13-1), of Coconut Creek, Fla., will clash in a battle of top-notch Brazilian heavyweights.

In three days, on Saturday, Nov. 7, the talented Mixed Martial Arts fighters will be featured on a fight card at the Sears Centre on the CBS Television Network (9 p.m. ET/PT).

This Saturday night, Nov. 7, 2009, one of the most significant events in MMA history will take place on prime time network television. For the first time ever, Fedor Emelianenko will step inside the Strikeforce cage to put his skills on display for the entire world to see as he takes on the enormous Brett “The Grim” Rogers LIVE on CBS.

This time more than ever, the American public will be introduced to what true high level mixed martial arts is all about. There’s no fifty dollar pay-per-view, no 21-and-over sports bar to get into, “Strikeforce: Fedor vs. Rogers” will by available on free public television. It really is a dream come true for the fans, the athletes, and the sport.

Strikeforce (along with M-1 Global) has put together one hell of a card, and ProMMA.info will be there ring side providing live play-by-play commentary. We will be in Fresno for the Strikeforce Challengers event on Nov. 6 as well, so stick with us this week, it’s going to be a big one!

Strikeforce CEO Scott Coker, along with Jake Shields (23-4-1) and Jason “Mayhem” Miller (22-6), participated in a national media conference call on Wednesday to discuss their upcoming Strikeforce Middleweight Title fight scheduled for Saturday, Nov. 7 as part of the “Fedor vs. Rogers” undercard.

Here are highlights from today’s call:

“As far as stacked cards go our history with our promotions with SHOWTIME and now with CBS our cards have always been stacked from top to bottom. And I think that’s one of the great things for our fans is that they get to watch not one but two, three, four, five fights. They get to see great fights and the stars. And it’s no difference with our Chicago card. You get to watch Fedor, Jake and Miller … and it’s all for free and you don’t have to pay $49.95. So we’ll continue this journey of putting on cards with fights four or five bouts deep. That’s the mandate. To book as much talent and get the greatest fights that we can.”

“We’re looking forward to delivering an explosive night of world class MMA action on CBS,” said Scott Coker, Founder and CEO of STRIKEFORCE.  “We have the world’s # 1 fighter, Fedor, making his network primetime debut against an undefeated powerhouse in Brett Rogers and, with the stars lined up for the remainder of the card, it is bound to be an exciting night of television.”