When some people walk down the street they just have to test their manhood I guess. In this instance they felt the need to provoke a group of men which included UFC fighter Jared Gordon. It got real, real fast. Check it out… 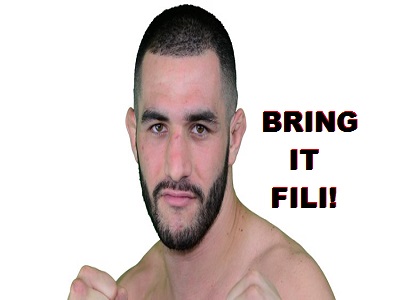 Jared Gordon defeated Hacran Dias by unanimous decision at UFC Fight Night 119 on Saturday. At one point in the bout Gordon got the full mount position and rained down punches, but to his dismay the referee didn’t stop it and Dias was saved by the bell. Here’s what he told MMAJunkie: I thought he … Read more 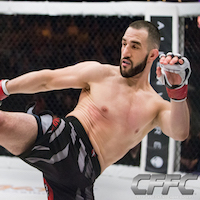 Cage Fury Fighting Championship, a regional promotion of Alliance MMA, Inc., hosted CFFC 63 at the Borgata Hotel and Spa in Atlantic City, N.J. Saturday night. UFC president Dana White was on hand for the filming of his reality show Dana White: Lookin’ for a Fight. The reality show has been responsible for locating rising talent … Read more

This Saturday, May 30th, 2009 New Breed Fighters returns to the Resorts Superstar Theater in Atlantic City, New Jersey and PRO MMA (promma.info), in association with Go Fight Live, will be providing you LIVE access to all the action via webcast.

There will be a total of FIVE title fights on the card, headlined by a Welterweight Championship bout between Robbie “Flawless” Lawless (4-1) from Miletich Fighting Systems taking on the champion Jared “Flash” Gordon (4-1) from Rhino, N.Y. Fight Team.

Lawless will be looking for revenge in what will be the third title fight between the two. In their first match-up last November, Lawless won the title from a doctor’s stoppage due to a cut in round two. They met again four months later and Gordon won the welterweight title back from Lawless with a split decision.