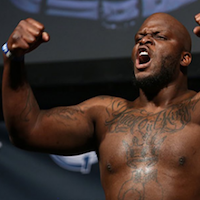 Derrick Lewis finally has his next opponent. UFC heavyweights Curtis Blaydes and Derrick Lewis finally have opponents in their quest for a title shot. Blaydes has two losses to the man who faces Stipe Miocic next, Francis Ngannou and is just behind him ranked at #2. A win over Derrick probably, maybe gets him the … Read more