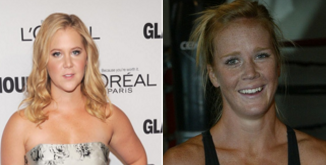 We all were told it was Holly Holm who defeated Ronda Rousey at UFC 193 with a devastating head kick, but apparently some type of switcheroo got played on the fans at home. It seems comedian extraordinaire Amy Schumer was actually the one in the Octagon taking on Rousey in Melbourne. So many people in … Read more