Tito Ortiz was recently interviewed by Hannibal TV and the topic of the potential super fight between current UFC heavyweight champion Daniel Cormier and WWE champion Brock Lesnar. He gave his thoughts on Lesnar’s chances. See I like Brock. Brock’s my boy. My kids love Brock. I like Daniel Cormier also, he’s an amazing athlete. … Read more 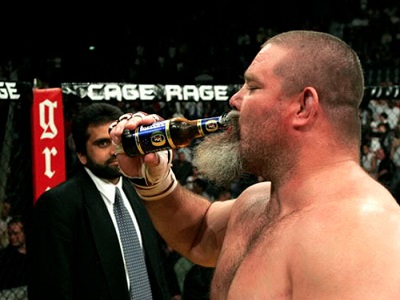 For the newbs out there let me give you an abbreviated backstory on Tank Abbott. Tank fought in early UFC’s, knocked a bunch of people out, returned to the UFC and lost 4 in a row, went to WCW,and last fought in 2013 before retiring with a 10-15 record. Whew… In an interview with Hannibal … Read more