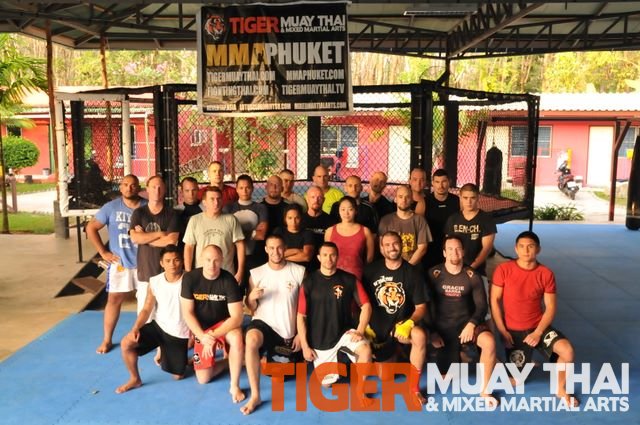 If you have a very keen interest in MMA and are looking for somewhere to visit that will offer you by far and away the very best Mixed Martial Arts training facilities, then without a shadow of a doubt the one country that should be high up on your list of countries to visit should … Read more

Well, the holidays are upon us and winter is here; well at least in Montana! We have gotten a couple nice snow storms and Thanksgiving was amazing!

Concord, Calif. (USA) – In what is shaping up to be a can’t-miss event for fitness enthusiasts and mixed martial arts fans alike, the first ever UFC® GYMTM will host its official Grand Opening this Saturday at 10AM PST. The flagship facility, which is located on 1975 Diamond Boulevard in Concord, will feature a star-studded lineup at the Grand Opening, including UFC President Dana White, UFC Hall of Famer Chuck Liddell, as well as New Evolution Fitness Company (NEFC) founders and UFC Gym partners Mark Mastrov and Jim Rowley.

The Grand Opening will be preceded by a press conference at 9:30AM for media, as well as select members of the UFC Fight Club. Following the press conference, UFC Gym will be loaded with a day full of special demonstrations and autograph sessions featuring UFC fighters, as well as giveaways including UFC Gym prize packages and a trip to UFC 109.

The UFC Gym grand opening celebration will be a day-long event filled with autograph signings, exhibitions, meet and greets, and other activities to be announced.

A formal press conference will kick-off the grand opening and will start at 10am PT. Media are requested to save the date. Photographs, video interviews, one-on-one interviews, tours of the gym will be made available.

In Dana’s UFC 94 video blog for 1-28-09 he makes the announcement for the new UFC line of gyms. Dana and crew get pulled over by the cops in NYC and we get a look inside some of the production for UFC 94 Primetime and Dana’s new Irish Mob TV series.

One of PRO MMA’s missions is to take the reader behind the scenes to get a better look at what has made MMA into the fastest growing sport in the world. Fans often get just a glimpse behind the scenes of an MMA fight with shows like the UFC Countdown series, The Ultimate Fighter series, and the Tapout reality shows.

We read or hear about the training camps and gym affiliations that guys are associated with, and learn that there are many people involved in preparing these athletes to do battle.  An MMA fighter relies on coaches, trainers, managers, agents, training partners, and promoters but the base of operations is a home gym.

Many guys cross train at multiple gyms, but their home gym is often where it all started.  Whether it is a tiny MMA gym in a small town in Anywhere USA, or a large franchise of gyms like Xtreme Couture, the gym is like a second home to many fighters both amateur and professional.