We did not think we would be this amped for a third Chuck Liddell vs Tito Ortiz bout. Chuck won the first two and even though it’s been a long time since the mohawk sporting KO artist fought let alone won a fight we have to wonder if he is still in Ortiz’s head. This video of the two facing off for their bout under the Golden Boy banner has our pulse elevating. What do you think? Will this be a snooze fest or good fight?

The first time Chuck Liddell fought Tito Ortiz we got one round of hype and then one with an eye poke and a furious flurry of fists that put Tito on his butt. In the second we got a much more confident Ortiz and after winning the second round he found himself on his butt … Read more

Boxing great turned MMA promoter Oscar De La Hoya has been vocal and confident about his ability to challenge and even surpass the UFC. One of the topics he often brings up are the pay days for MMA fighters and the fighters are listening closely. Boxers can net millions for under card fights and they aren’t necessarily limited to dismal sponsorship packages…Reebok…we’re talking to you. So if he can do the same for MMA programming and events we are all for it. De La Hoya says it makes him sick that they are paid so little. Check out what he said on Fight Hub TV…

On a recent episode of the Joe Rogan Experience podcast, Rogan and Brendan Schaub discussed a number of topics including the rumored Chuck Liddell vs Tito Ortiz 3 bout. It is reportedly going down in the Golden Boy promotion should it actually happen. They also discussed Jon Jones and PED’s. Check it out…

Oscar De La Hoya’s new Golden Boy MMA promotion could play host to Tito Ortiz vs Chuck Liddell 3 later this year. I’m not going to lie and say I don’t want to see this. I know Chuck and Tito and they could be 100 years old and still want a rematch. They are connected … Read more

John Hackelman made the MMA community chuckle yesterday on The MMA Hour when he talked about the probable Chuck Liddell vs. Tito Ortiz trilogy ending bout coming later this year. Chuck won the first two by KO but the third might be a little more competitive now that they are past their primes. Check out what John said… 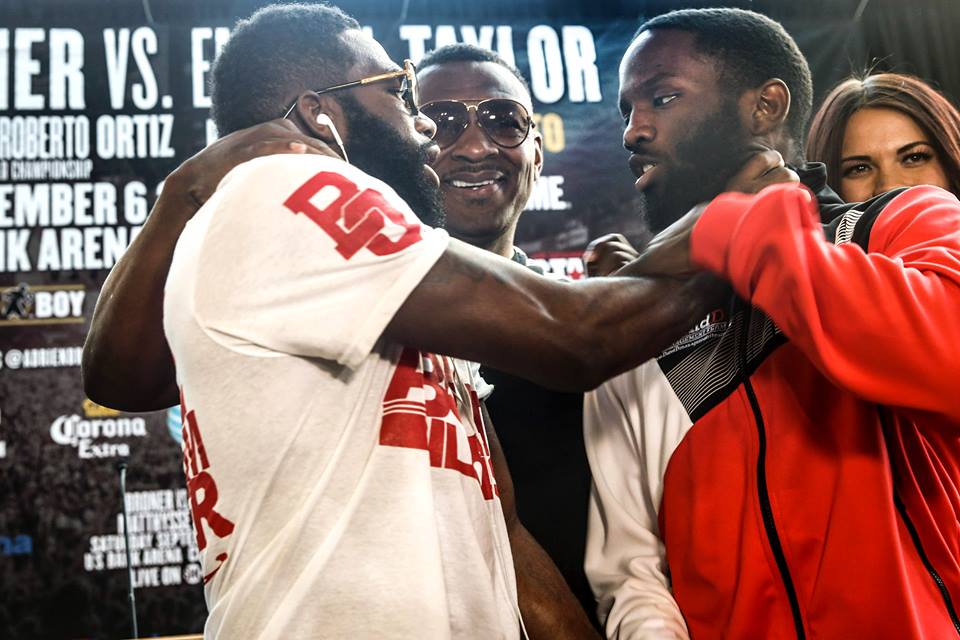 I will be on hand at US Bank arena for this Saturday’s Golden Boy Promotions event featuring hometown fighter Adrien Broner as he meets Emmanuel Taylor. Things got heated today at the final press conference before the fight. Check it out in the player above! Photo:Stephanie Trapp/SHOWTIME [ads1]

Even though Andrei Arlovski got KTFO by Fedor Emelianenko at Affliction: Day of Reckoning, he has decided to transfer his talents into professional boxing. Who knows, maybe he will do better when all he has to concern himself with is his and his opponent’s punches. Also, the gloves have much more padding than MMA, which should at least partially help him from being as susceptible to knock-outs.

FightHype.com is reporting that Arlovski has signed a contract with Oscar De La Hoya’s Golden Boy Promotions and that his next fight will be inside a boxing ring. No date or opponent has yet been named. However, prior to his fight with Fedor, his trainer, Freddie Roach had made the statement that if Andrei won he would put him into a Heavyweight Title fight with Nikolai Valuev right away. That fight seems highly unlikely now considering Arlovski’s loss to Fedor.

While the hard training sessions may be over, Roach still keeps a watchful eye over Andrei Arlovski heading into Saturday’s WAMMA Heavyweight Title fight.

Roach discussed the possibility of Arlovski making a move to the boxing world, the challenges of breaking down MMA bouts as a boxing trainer and the man who possesses the best boxing skills in MMA.

Here’s the Thanksgiving edition of MMA Live which was broadcast on 11-27-08.  Topics of discussion include Affliction: Day of Reckoning scheduled for January 24th and why the show is going against itself with a Golden Boy boxing event that will air free on HBO on the same day.  Will Werdum go to Affliction?  Also, we … Read more