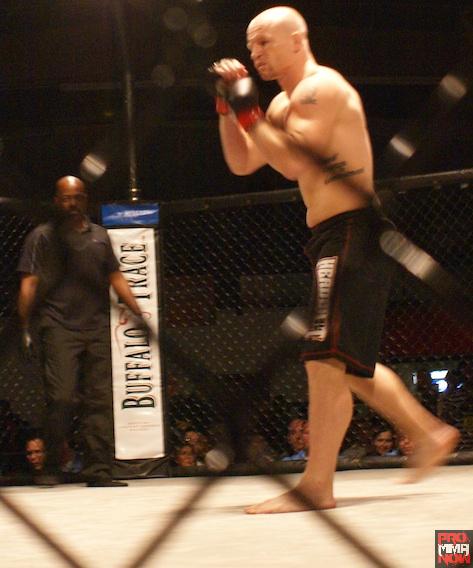 At 35-years-of-age perennial heavyweight MMA journeyman Johnathan Ivey, at one time or another, has fought just about every big name fighter over 205 pounds you have ever heard of.

ProMMAnow.com photographer Josh Cross was cageside for GFC 10 Saturday night, Nov. 19, at the Tennessee Sate Fairgrounds Sports Arena. Check out these photos of the night’s action.

Nashville fight fans are in for a treat this Saturday night as GFC 8 comes to the Tennessee State Fairgrounds Sports Arena.

NASHVILLE, Tenn. – Gameness Fighting Championship was back in action on June 19 with GFC 7, and the card delivered, with brutal KO’s and submission finishes to round out an overall action packed fight card from both the amateur and pro fighters. ProMMAnow.com was ringside for the action and captured three exciting fights on video. Strikeforce … Read more

Dustin West (1-1) started his professional Mixed Martial Arts career with a bang, escaping an early triangle attempt and then TKO’ing “The Ultimate Fighter: Season 6” cast member Blake Bowman in the first round back in July of 2009. The first round TKO was just the first step in the evolution of West’s MMA career. … Read more

Gameness Fighting Championships was back in action again on Saturday August 8th with “GFC 4” at the Tennessee Sports Arena in Nashville, Tenn. PRO MMA (promma.info) was cage side for a full night of MMA including 13 fights, one of which determined the GFC Bantamweight Title, featuring a main event between NMMA fighter Dustin Ortiz and Chris Wright.

Also on hand as a guest referee was professional fighter Jon Murphy (4-3) who was recently featured on Bully Beatdown with Jason “Mayhem” Miller.

Will you be in Nashville, Tenn. this Saturday, Aug. 8, 2009? If so, and you would like to see some high-quality live mixed martial arts cage fights with some of the best professional and amateur fighters Tennessee and the surrounding states have to offer, then now is your chance.

All you have to do is leave a comment below telling us why you would like to go. Be sure to use your real name and a real email address where we can reach you. You can leave your phone number if you want to help speed things along. We will be giving away several tickets, so don’t be shy. First come, first serve.