“Here’s a rule for a 27-year-old millionaire. Don’t take on a 50-year-old billionaire.” That’s what FOX Sports analyst Colin Cowherd had to say about Conor McGregor’s recent “whizzing match” with the UFC brass which includes majority owners Lorenzo and Frank Fertitta, “the single most powerful family in Nevada” according to Cowherd. 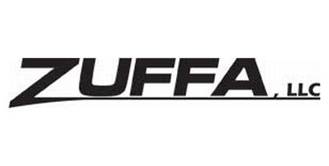 Las Vegas, Nevada –Forza, LLC, a subsidiary of Zuffa, LLC, which owns the Ultimate Fighting Championship® brand, announced today that it has purchased the assets of Explosion Entertainment, LLC dba Strikeforce®. Under the terms of the deal, all Strikeforce fighter contracts will be honored, as will its broadcast agreement with Showtime® Networks, Inc. Strikeforce will … Read more

Forbes has once again released it’s list of the world’s wealthiest people and largely due to the success of the UFC, co-owners Frank and Lorenzo Fertitta both make the list.

MMA and particularly the UFC is big business. Just as Frank J. Fertitta III, majority owner, along with brother Lorenzo, of the Ultimate Fighting Championship.

According to the OC Register, Fertitta recently purchased a 6,000-square-foot ocean front home at 106 Emerald Bay in Laguna Beach, Calif. for $28 million, making it the fifth-highest amount ever paid for an Orange County home.

Fertitta was able to get the house for $9 million less than what the owners were originally asking. The resedential property initially listed for $36.9 million back in December of 2008.

According to mixedmartialarts.com: “From a very reliable source, rumor has it that a group of investors led by Dana White have agreed in principle to purchase the UFC from Frank and Lorenzo Fertitta for an undisclosed amount. Included in this investment group is WWE’s Vince McMahon who will now own a minority stake in the … Read more