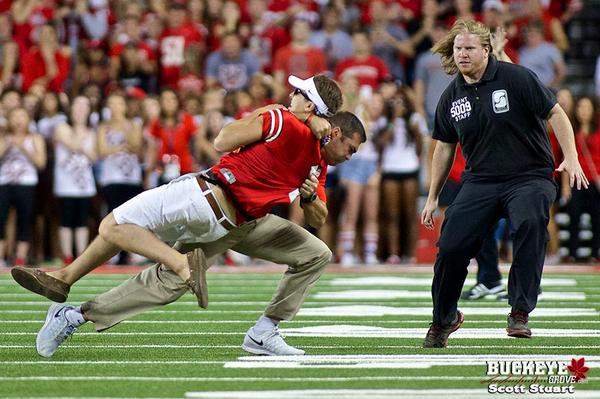 Key kids, don’t run on the field when Ohio State strength coach Anthony Schlegel is around. Some fan decided he wanted to be in the spotlight at the Buckeyes game Saturday night and he was – thanks to a half judo, half pro wrestling take down from former Buckeye linebacker Schlegel. To say he got … Read more

(LAS VEGAS, NV) – This past July, the first-ever UFC Fan Expo took the sports world by storm, as fans celebrated the past, present, and future of the Ultimate Fighting Championship. So by popular demand, the UFC, in partnership with Reed Exhibitions, has announced that the second UFC Fan Expo will take place May 28-29, 2010, back in Las Vegas, at the Mandalay Bay Convention Center.

The jam-packed two-day event, occurring during Memorial Day Weekend 2010, will provide fans with the opportunity to experience a number of special events, fighter appearances, autograph signings, and training & development sessions with elite fighters and industry leaders.