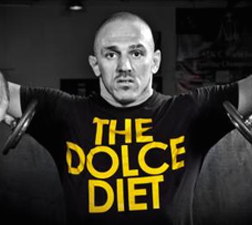 After 40 I began to feel a distinct change within my body. I could no longer ignore the fact that my metabolism was slowing down and that I couldn’t eat anything I wanted. I was mortified! All my life I have been slim and never needed to worry about what I ate or how much … Read more 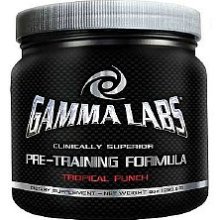 As you probably know I’m a former college baseball player that used to be in excellent physical shape. A decade later and three kids(a 3 year old and boy/girl twins) has certainly taking away from my time at the gym. The twins turned one year old last month and I told myself that I’d start back seriously working out once they reached that age

We always hear about fighters cutting weight. Often times we will see a fighter who has had a hard time making the weight limit and they will look sluggish in the fight. As professional athletes, not only do MMA fighters put their bodies through rigorous training, but in addition they have to really keep a … Read more

Las Vegas, NV (USA) – World Extreme Cagefighting® announced today that AMP Energy will serve as the organization’s Official Energy Drink for 2010. One of the most prominent energy drinks in the world, AMP Energy will also serve as a key promotional partner for this year’s WEC events.

“We are pleased to have AMP Energy as the Official Energy Drink of WEC,” WEC Vice President Peter Dropick said. “AMP Energy is committed to working with the best athletes and organizations in the sports world and we are excited to have them on board.”

If you are like most people you can always use some extra energy to get through the day. In fact, there is a huge industry out there that promises to give you all the energy you can handle. From Rockstar to Xenergy, from Yellowjackets to 5-Hour Energy, everyone seems to have the answer.

I was covering a show a few months ago and there was an energy drink sponsoring the event. They handed out some bottles of the drink to the media. It was cold and tasted decent so I gladly accepted. A few minutes later I was sweating and my body was tingling. It gave me energy but it wasn’t the kind of energy I wanted to feel.