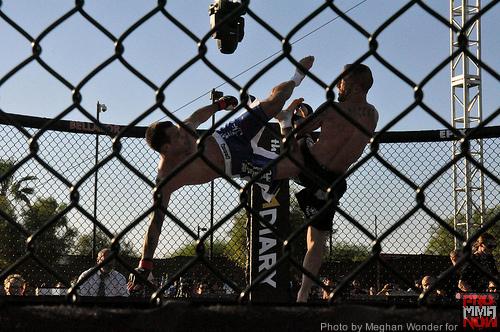 Bellator Fighting Championships announced today the promotion will return to Cocopah Resort and Casino in Yuma, Arizona for Bellator 55.

Check out the fight videos from “Tachi Palace Fights 8: All or Nothing” which took place Friday, Feb. 18, at the Tachi Palace Hotel & Casino in Lemoore, Calif.

The WEC may be gone, but the Tachi Palace is still hosting quality MMA. Tachi Palace Fights 8 features two of the world’s best flyweights and several UFC veterans.

The “TUF 9 Finale” took place Saturday night at the Palms Casino Resort in Las Vegas, Nev. There were a number of preliminary fights not shown on Spike TV, including four fighters from “The Ultimate Fighter: U.S. vs. U.K.”

With two submissions and one TKO, the preliminary fights actually had more finishes than the main card. Four of the five fights on the main card went to the judges for decision.

The most controversial decision of the night had to be Melvin Guillard’s split decision win over Gleison Tibau. While Guillard seemed to have the advantage on the feet and landed some good shots, Tibau repeatedly took him to the ground, maintained more control, and dealt out some ground and pound. However, there is the old saying, “If you let it go to the judges, there is no one to blame but yourself.”

‘Bad’ Brad Blackburn (13-9-1) will return to the Octagon on June 20th at ”The Ultimate Fighter 9 Finale’, against heavy handed UFC newcomer, Edgar Garcia (7-0). Blackburn is riding a four fight win streak, including a TKO over Jay Hieron, with his last victory coming by way of a unanimous decision victory over Ryo Chonan, … Read more