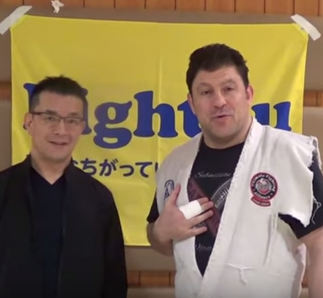 Longtime Pro MMA Now contributor Dan “The WolfMan” Theodore is over in Japan right now and will be covering the upcoming RIZIN 5 card for us. Dan helped out with a recent Fight4u BJJ/MMA Autism Awareness Event and RIZIN president Nobuyuki Sakakibara was there to show the organization’s support for this good cause. RIZIN 5 will be … Read more 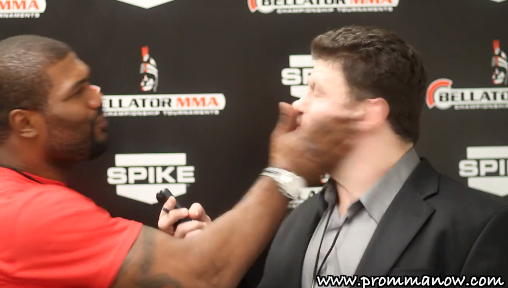 ProMMAnow.com reporter Dan “The Wolfman” Theodore caught up with Quinton “Rampage” Jackson at Bellator 106 over the weekend in Long Beach to get his thoughts on the event he was originally supposed to headline versus Tito Ortiz on Pay-Per-View. Dan asks one too many questions of Rampage and ends up paying for it. 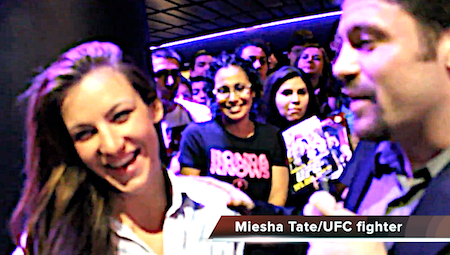 ProMMAnow.com reporter Dan “The Wolfman” Theodore caught up with former Strikeforce women’s Bantamweight champ and current UFC women’s Bantamweight top contender Miesha Tate at the UFC World Tour Press Conference in Los Angeles earlier this week. After first calling out Dan about some previous comments he’d made about her, Tate talked about her arch nemesis Ronda Rousey and their upcoming title fight.

ProMMAnow.com’s Dan “The Wolfman” Theodore is on scene in L.A. for UFC on FOX 4 and sat down with UFC newcomer John Moraga (10-1) who makes his UFC debut Saturday night against Tachi Palace two-division champ Ulysses Gomez (9-2).

NFL insider and UFC analyst for Fox Sports, Jay Glazer (@JayGlazer) recently sat down with ProMMAnow.com (www.prommanow.com) reporter Dan Theodore (@DanTheWolfman) for this in-depth interview about his background in MMA and working as an analyst for the network.

Following the fights on UFC on FX 4 this past weekend, ProMMAnow.com (www.prommanow.com) reporter Dan “The Wolfman” Theodore sat down with former UFC light heavyweight champion “Suga” Rashad Evans for an in-depth discussion about his MMA beginnings and his future with the UFC.

Now that BJJ black belt Kenny Florian has retired from active competition from the Ultimate Fighting Championship, he has more time to do things like show you how to do a one-arm guillotine choke from half guard. ProMMAnow.com’s own Dan “The Wolfman” Theodore assists Mr. Florian with the demonstration.

This week ProMMAnow.com sent Dan “The Wolfman” on a Fuel TV reconnaissance mission to the set of UFC Ultimate Insider where he had the prestigious pleasure of interviewing host Jon Anik.

ProMMAnow.com’s resident old-school MMA guru Dan “The Wolfman” sat down with Muhammed “King Mo” Lawal this past week to talk about his new deal with TNA Impact Wrestling and Bellator Fighting Championships that will allow him to perform as a pro wrestler and compete as a pro MMA fighter simultaneously.

ProMMAnow.com reporter Dan “The Wolfman” Theodore stopped by American Kickboxing Academy this past week to do some training and caught up with UFC light heavyweight fighter Kyle Kingsbury, who will be fighting newcomer Glover Teixeira this Saturday at UFC 146 in Las Vegas.