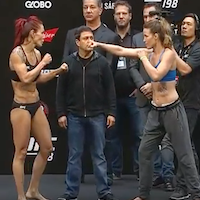 If you plan on putting some money down for UFC 198 time is running out. These are the updated UFC 198 betting odds. Cris Cyborg is by far the biggest favorite on the card at -1400 while her 140-pound catchweight opponent Leslie Smith is the massive underdog at +1100. “The Peacemaker” is in enemy territory … Read more 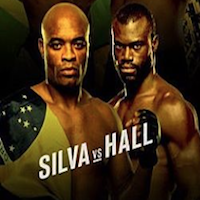 The greatest UFC middleweight of all time returns to action this Saturday, May 14 at UFC 198 in Curitiba, Brazil. Anderson “The Spider” Silva, now 41, will take on a rising star 10 years his junior in Uriah “Primetime” Hall. Anderson is currently ranked No. 5, while Uriah is ranked No. 10. This is an … Read more 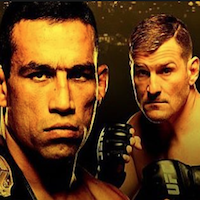 UFC heavyweight champ Fabricio Werdum puts his title on the line against Stipe Miocic in the UFC 198 headliner this weekend. The event is stacked from top to bottom and takes place Saturday, May 14 from the 40,000 seat Arena da Baixada in Curitiba, Brazil. https://youtu.be/XIPeByCYys8 Watch the rest of the Countdown to UFC 198 segments including Anderson Silva … Read more

The third and youngest Rua brother is set to follow in the footsteps of his siblings. Twenty-two year old Marcos Rua, the younger brother of Mauricio ‘Shogun’ Rua and Murilo ‘Ninja’ Rua, is set to make his MMA debut in Brazil sometime in the near future.

Although youngest, he is the tallest of the three light heavyweights. Marcos, who currently has no nickname, was set to fight in ‘The Glory’ (a Brazilian MMA promotion) this month, but the event has been postponed until March.

“He’s well, training tough and very focused,” Mauricio Rua told Tatame. “He was due to fight at The Glory in January, but it was delayed to March. But we want to see him fighting before then.”