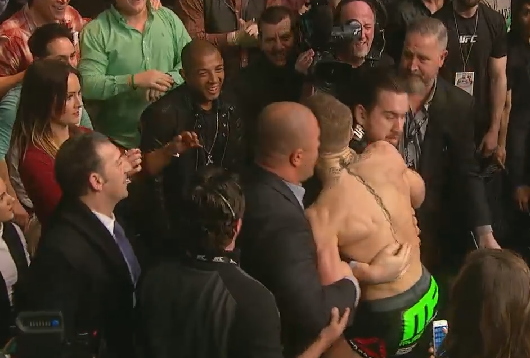 Post by UFC on FOX.   Tings, yeah I said tings, got a bit exciting after Conor McGregor finished Dennis Siver in the second round. The rising star leaped over the cage and went into the crowd to have a private chat with the UFC featherweight champ Jose Aldo. Aldo wasn’t impressed, he laughed. … Read more

The Patriots won the AFC championship and all is right in New England. Oh and they had a pretty decent Fight Night card in Boston. Tune in and check out the post-fight press conference and see what the winners have to say and more. If you missed any of the results or play by play, … Read more 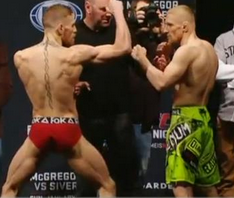 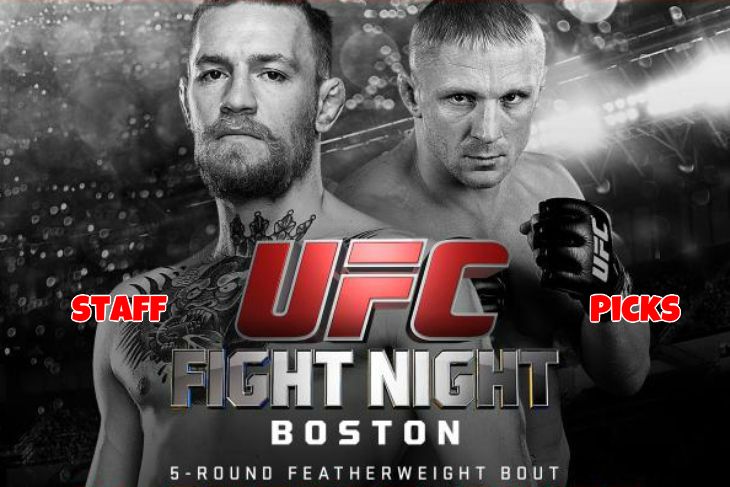 They hype is here. Boston will play host to the Conor McGregor Show tonight on FOX Sports 1. All eyes will be on the featherweight phenom. McGregor will have a shot at the 145 pound title if he can get past the hard hitting Dennis Siver. It seems that many people are overlooking Siver so … Read more

Notorious Irishman Conor McGregor and Dennis Siver faced off at the UFC Fight Night 59 weigh-ins in Boston Saturday ahead of their main event featherweight bout taking place Sunday at TD Garden. The Irishman has predicted a knockout win over the Russian fighter born into a family of German ancestry. McGregor is indeed a huge … Read more 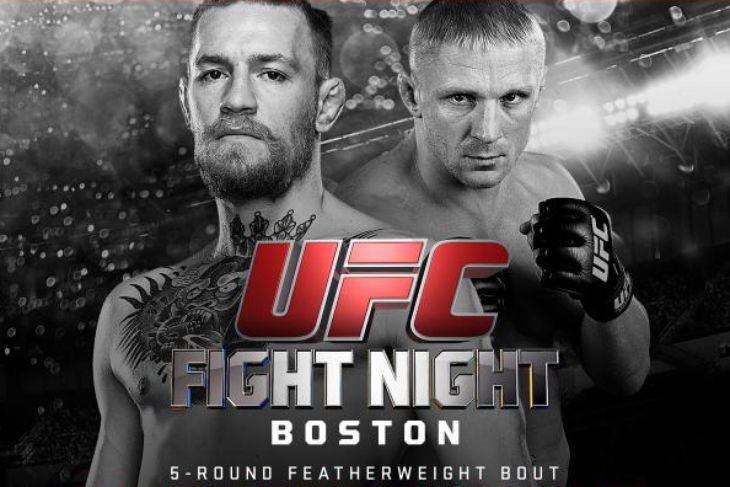 They are all weighed in and ready to go for tomorrow nights AFC Championship game. Oh wait, no, they are ready to go for UFC Fight Night 59 that takes place in Boston. All of the fighters hit the mark ahead of the event that features Conor McGregor and the upset minded Dennis Siver. Stay … Read more

The UFC Embedded series returns with the first episode featuring the UFC Fight Night Boston event will Conor McGregor will take on Dennis Siver in the main event. The footage highlights both fighters as they prepare to do battle on Sunday night. McGregor appears on ESPN to continue his promotion of the fight as a … Read more

Visit with UFC featherweight Conor McGregor in his hometown of Dublin, Ireland as he prepares to face Dennis Siver at UFC Fight Night Boston on January 18th. See how this brash young Irishman has captured the heart of a nation and why he’s one of the UFC’s biggest superstars.