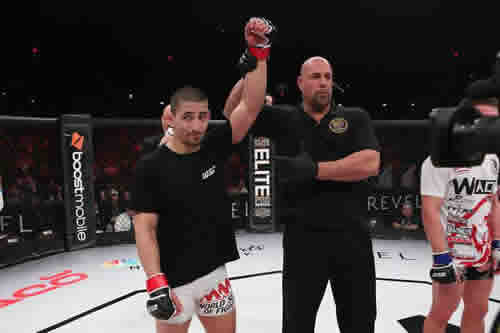 As we’ve said all week here at ProMMANow, the entire card at WSOF 9: Carl vs Palhares this Saturday is stacked from top to bottom. Before Steve Carl and Rousimar Palahres go toe-to-toe for the welterweight strap, plenty of exciting battles will have already taken place. One of those bouts features Ozzy Dugulubgov, who is set … Read more

I figured this would be the best way to get in contact with Jeff Monson since, as Mike Thomas Brown said in jest via youtube video, “I know the fucker can’t pay his phone bill.” Monson has been linked to fights with heavyweight division kingpin Fedor Emelianenko on multiple occasions. Recently there were rumors he was going to be the man for Affliction: Trilogy, but then Josh Barnett remembered that his friendship with the WAMMA champ was not a relationship on par with The Golden Girls and accepted the highest profile fight of his career.

Now it would not be prudent for me to argue that Monson deserves the shot more than Barnett. Naturally, Barnett is a top ranked heavyweight, and actually holds a recent victory over Monson. However, it still doesn’t seem right that promoters keep dangling the Fedor fight in front of the “Snowman” only to pull it away at the last minute.