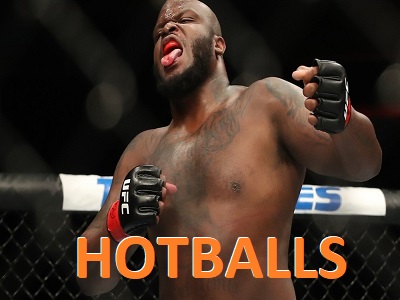 The weigh-ins for Saturday’s UFC Wichita is in the books. The main event of Derrick Lewis and Junior Dos Santos is greenlit with ‘Hot Balls’ tipping the scales a 1/2 of a pound over the 265 pound weight limit. The full results are below (via BJPenn.com). The Main Card | 8 pm ET on ESPN+ … Read more

On March 27, two of the most dangerous heavyweights in mixed martial arts will face off at “UFC on Versus”. The heavy-handed Junior “Cigano” Dos Santos (10-1, 4-0 UFC) will take on BJJ black belt Gabriel “Napao” Gonzaga (11-4, 7-3 UFC) in a fight that will probably have everyone surprised if it makes it out … Read more

The UFC’s March 21 card, which will be the UFC’s VERSUS debut, is stacking up to be a barn-burner. The UFC today announced the addition of Gabriel “Napao” Gonzaga (11-4) vs. Junior “Cigano” Dos Santos (10-1) to the card, in a heavyweight showdown that is practically guaranteed not to go the distance.

Gonzaga, now going on his fifth year with the promotion, is coming off a first round TKO victory over Chris Tuchscherer at UFC 102 back in August. It was a much-needed comeback fight for Gonzaga who had been knocked out in his previous fight with Shane Carwin at UFC 96.

Gonzaga has often been hit or miss in his UFC career, but when he hits, he hits hard, and when he connects, it is usually a short night for his opponents. Gonzaga will have to bring his A-game if he wants to get past young Brazilian up-and-comer Junior dos Santos.

Read moreGabriel Gonzaga vs. Junior Dos Santos added to UFC on VERSUS March 21