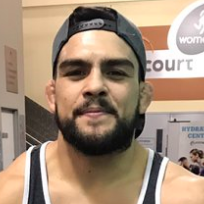 Kelvin Gastelum won The Ultimate Fighter 17 middleweight tournament in 2013 with a split decision over Uriah Hall. Following the victory he dropped down to welterweight where he consistently had a lot of trouble making the 170-pound limit. Now Gastelum is back at his more natural weight class of middleweight though where he remains unbeaten, most … Read more