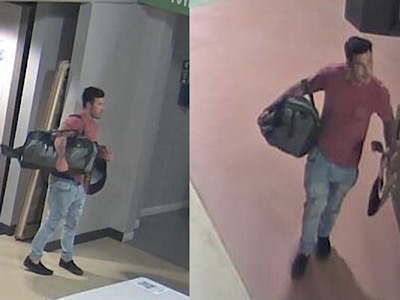 There’s a thief on the loose and his loot was a few autographed WWE championship belts, a necklace worn by Sheamus, and a corner pad. Other items taken weren’t disclosed. The suspect is described as a Hispanic male between 25-30 years old, with brown hair, a mustache, and a light goatee. He was wearing a … Read more

Newly minted NBA champs the Toronto Raptors are going to get just a little more gold thanks to WWE’s Triple H. He tweeted out a picture of the custom belt he had made with custom Raptor nameplates on both sides. This isn’t the first time WWE has sent a custom belt to someone. Other sports … Read more

The UFC just released a very cool video feature on the UFC’s championship belt and its history. If you’ve followed the UFC for a long time you have seen the belt transform multiple times to match the era it was worn in. As Zuffa grew and exploded in to the mainstream the belt became classier … Read more 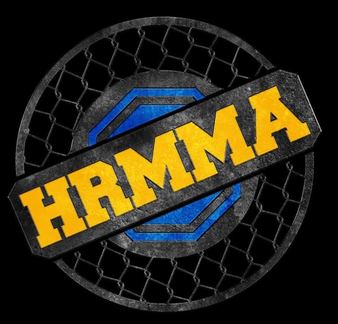 Rumors have been circulating about HRMMA since the purchase by B2Digital. As far as we know right now there are “big things” going on behind the scenes that will be officially announced when they are finalized. They did however unveil their new title belt design ahead of their April 27th event in Dayton.

There have been some interesting belts in pro wrestling. An example of one would be WWE’s retired hardcore title that was shattered and seemingly put back together with caution tape and glue. Some of the older belts that looked like they were designed for someone with a tiny waist are close behind it. This week … Read more

It looks as though the plan is to have undefeated heavyweight heavy-hitter Shane Carwin (11-0) face Frank Mir (13-4) for an interim heavyweight title on March 27, at UFC 111, in Newark, N.J. Carwin confirmed the expected match-up today on his website (www.shane-carwin.com):

I expect to make my return to the UFC in March 2010. I will be fighting in Newark New Jersey at UFC 111. I have not signed any contracts yet but I have told my manager to inform UFC Matchmaker that “I accept the offer”.

Carwin had originally been next in line to face UFC Heavyweight Champion Brock Lesnar for a shot at his title. However, with the champ indefinitely sidelined, and unless he recovers much sooner than expected, it is likely the UFC will implement another interim title for the heavyweight division.

Chael Sonnen revealed to host Larry Pepe last night on Pro MMA Radio that he had indeed received the WEC Middleweight Belt from Paulo Filho following his defeat of the overinflated Filho at WEC 36 on November 5th.

Originally scheduled as a WEC Middleweight Title Fight, Filho could not make the 185 lb. weight limit and therefore according to the rules the bout could not be a title fight.

If you wondered why Paulo Filho looked flat during the fight (understatement of the year) the answer most certainly lies in his problems trying to make weight.