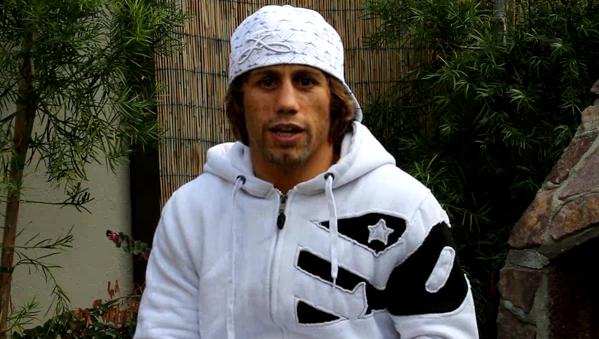 Urijah Faber is becoming the cool hipster who pops up in music videos. He made an appearance in the “Happy” video and now it appears he’s the leading man in Lauren Mayhew’s new joint “What is Love”. Check out Faber in a sneak preview of the video. Will he be able to shed some light on the age old question or is he just eye candy for the ladies? Time will tell.

Everyone knows by now that Quinton “Rampage” Jackson gave up his fighting career to become an actor. And once you watch this video clip of a fight scene from his new movie Death Warrior you will realize why. Upon viewing, it becomes immediately evident Rampage’s acting skills far surpass his fighting, and an Academy Award … Read more

He goes from “street-fighting legend” to MMA superstar to….

starring on a Nickelodeon Christmas Special of course. Come on, anyone could have guessed that. It’s true. Kevin Ferguson a.k.a. Kimbo Slice will be making his acting debut starring in “Merry Christmas, Drake & Josh” which premieres on December 5th at 8 pm ET/7 pm CT.

Kimbo will be playing the character “Bludge,” a bully character that “Keeps the audience on their toes. You don’t know whether he’s going to smash somebody or if he’s going to give you a hug and a kiss.”

One of Kimbo’s child co-stars says, “Kimbo is like a great big muscle bound Teddy Bear.” Another one says, “He has been nothing but nice, professional, and really fun to work with.”