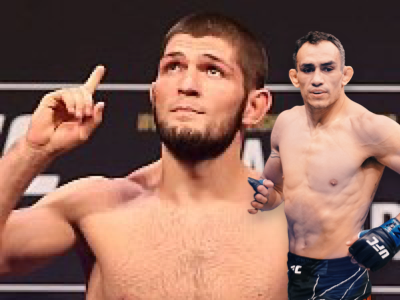 In that tweet we think he is calling the Dagestani fat. Maybe… Something about axe handle widths and fatheads and bwahahaha?

Tony has been campaigning to coach against Nurmagomedov on The Ultimate Fighter reality show in 2022. About five to ten years ago this would have been a dream scenario when a finale fight between them in their primes would have likely been fireworks. Khabib has since retired, Tony is on a 4 fight losing streak and was knocked out cold by Michael Chandler in his last bout. The shine is gone from Ferguson and Nurmagomedov is running the Eagle FC promotion so coaching would be the only draw for that TUF season.

Would you watch that season with no finale fight between them?