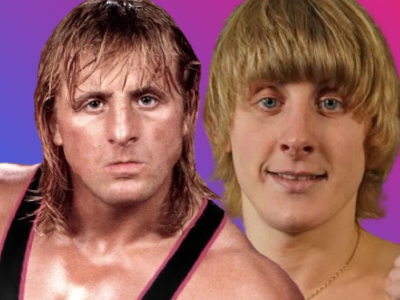 There is a crazy but fun fan theory about UFC breakout star Paddy Pimblett and the late Owen Hart.

Owen Hart was a WWE star who tragically passed away in 1999 when he fell from a harness as he was lowered from the rafters. He was one of the best technical wrestlers on the planet and his death was a tragic loss not only for the Hart family but for fans worldwide.

You have to admit that there is an eerie similarity in appearance between Pimblett and Hart. An Instagram account named MMA Outsiders posted some pretty coincidental information about a time when Owen Hart was in England that just so happened to align with the birth of Pimblett.

MMA Outsiders points out that Owen was in England nine months before Pimblett’s birth in January of 1995. The account points out that both fighters are 5’10” tall and both very athletic. If this turned out to be true the combat sports channels would have video content for at least a year. By all accounts Owen was a true family man and loved his wife very much so the odds are a billion to one.