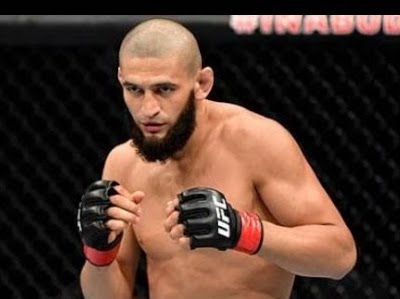 Swedish UFC prodigy Khamzat Chimaev has been an over the top personality since his debut. Most of what we have seen other than the buddy cop relationship with Darren Till has been aggressive callouts and some trash talking. He was tested by Gilbert Burns in his last bout and for some reason his detractors have decided it heralded the start of his downfall. Ah, yes. MMA fandom at its finest. Chimaev’s an amazing fighter and at just 28 years of age coming in to his prime he has a bright future.

Tony Ferguson is a former interim lightweight champion who at one point was on a staggering 12 fight win streak. A bout between he and Khabib Nurmagomedov almost happened several times but various circumstances would cause cancellations. Ferguson was once considered the person most likely to beat Nurmagomedov which at the time was the highest of compliments given to a lightweight contender. A lot has happened since those days and Tony may currently be on a 4 fight skid but his legacy has been cemented already. Some consider him a legend.

One of those is Chimaev.

After Ferguson was brutally front kicked in to unconsciousness by Michael Chandler on Saturday at UFC 274 the memes exploded. Tony’s twisted face at the moment the kick connected has been photoshopped on to numerous bodies in various scenarios. The internet is brutal to KO victims just ask Chuck Liddell, Rashad Evans, Conor McGregor, and Ronda Rousey. Because of this I am certain that fighters get paid not for fighting but the bullcrap they have to endure outside of The Octagon. Luckily game often respects game and fighters will come out in support of each other.

Khamzat tweeted out his respectful support of Ferguson after the Chandler loss.

Say what you want about Chimaev but you cannot say he is a bad guy.